2nd Place in the Banzai at Kirkwood!


This will be my 3rd season competing in the Banzai events. I am unsure of how many stops I will be able to compete in but I am psyched I was able to make the Kirkwood event. The athletes are getting better and better every season, there is no telling who is going to win. The course was as gnarly as ever with moguls, jumps, icy turns and an overall wild ride.


There were only a few snowboard woman at this event but all were in it to win it! It was an absolutely challenging competition.

Being at my home mountain competing has to be one of my favorite things. Of course I am comfortable on the terrain but mostly I love having family and friends rooting me on and down to celebrate after events no matter how I finish.

Iris Laz took the top spot, she charged fearlessly down the course. In the finals we had four woman in the gate. We all had a descent start and were within just a few feet of one another. Iris lost control at the second gate and collided with another racer. I took a low line around the girls and thought it would be my chance to get in the lead. Iris had something else in mind. She was up in seconds and managed to get to the much quicker high line to the third gate. I did my best to catch her but she was on fire. We stayed about a gate length apart for the remainder of the race. I felt like I was chasing a carrot. 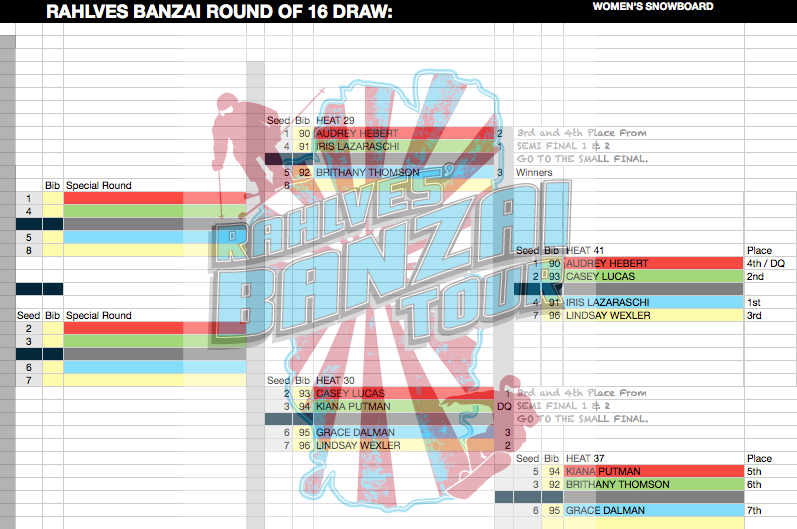 Again Iris placed first, I finished in second, Lindsay Wexler in third, and Audrey Hebert in fourth. I was so pumped to meet Audrey especially cause she had drove 20+ hours from BC to compete in the Freeride Qualifying event which got canceled at Squaw Valley. She was pretty psyched to find out that there was another event to participate in while she was on the road. I hope to see her in Telluride, CO for the FWQ 4* at the end of March! 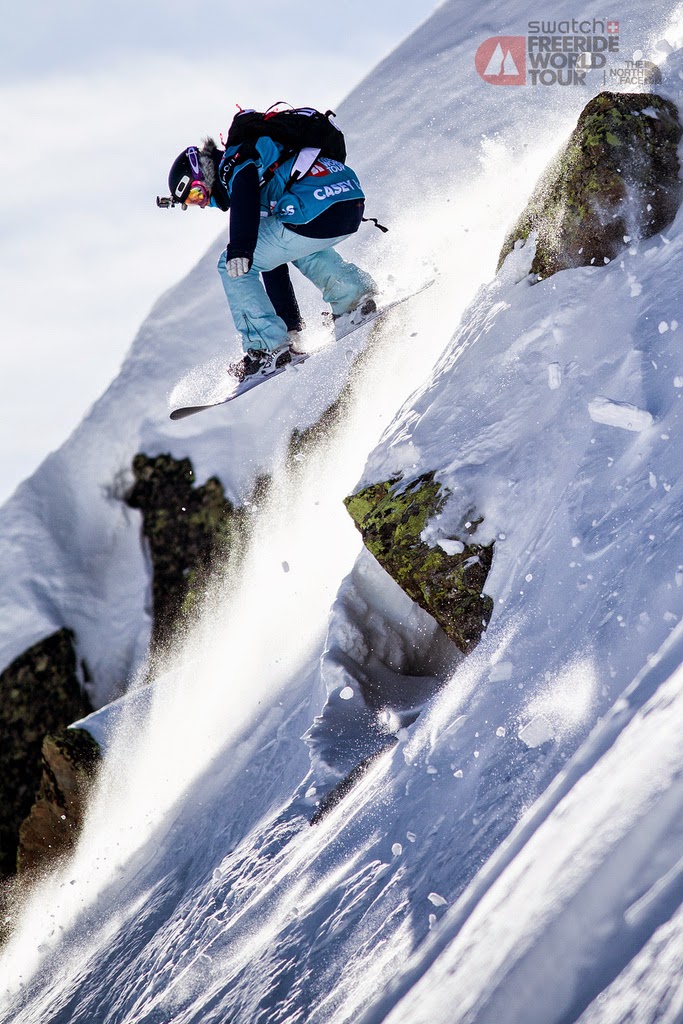